When the first phase of the government’s overhaul of the kosher certification industry came into effect earlier this month, restauranteur Dan Male didn’t pay much attention, as the planned changes won’t affect Angelica, the kosher chef restaurant he runs in Jerusalem.

Some Angelica customers are in regular contact with the kosher supervisor who oversees the restaurant’s kitchen, checking in about which farms are supplying the greens, or where the meat is being procured from this year.

Until now, the chief rabbinate and local religious councils have been the only bodies that can issue kosher certificates, which costs businesses about $2.18-2.49 million a year.

Now, however, with the first stage of the kashrut reform led by Religious Affairs Minister Matan Kahana taking effect, any restaurant, food store and factory can choose from among all religious councils nationwide to provide them with kashrut supervision, rather than only being able to use their local council.

The reform will eventually enable private organizations to provide supervision services — with oversight by the rabbinate — starting in 2023.

This is the long-awaited privatization of the kosher certification industry, a path paved by the religious Tzohar organization, which launched its own kosher certification agency in 2018. They took over from a grassroots group that first entered the industry years before, aiming to break the rabbinate’s hold.

For the most part, said Angelica’s Male, his customers aren’t interested in the alternative kosher certification offered by Tzohar, which currently provides its certificates to some 300 restaurants around Israel.

“I got married through Tzohar, and not with the rabbinate,” said Male. “Personally, I think more supervision groups would be better. But I have to do what our customers want.”

In other words, the customer is always right. 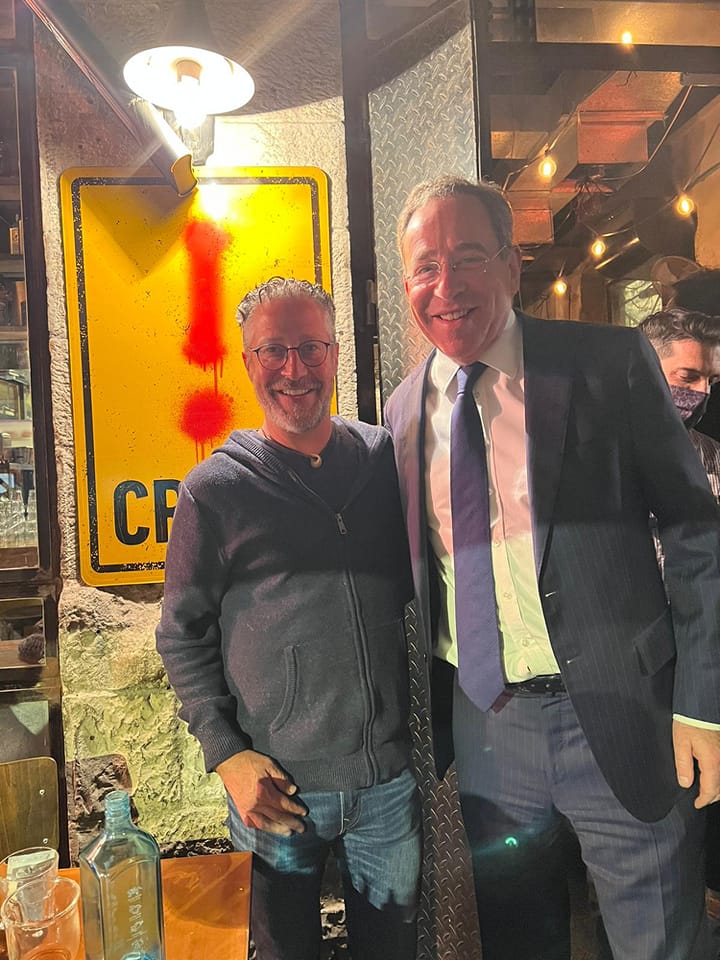 Deciding on a kosher supervisory group is a purely business decision, said Tzvi Maller, one of the owners of Crave, an upscale burgers-plus restaurant in Jerusalem’s Mahane Yehuda market with kosher supervision from the Jerusalem rabbinate.

“I kind of feel we have to wait and see what really happens [with the reforms],” said Maller, who has also owned kosher restaurants in the US. “I am a big fan of competition, I think it brings out the best in people. Right now, I have a lot of my clientele that hold by this supervision, that’s what their rabbis told them and that’s okay, I don’t begrudge them.”

For some restauranteurs, however, leaving the rabbinate for Tzohar was their best decision.

“We haven’t lost any customers,” said Yittie Lawson, one of the owners of Tacos Luis in Jerusalem’s city center, a Mexican restaurant that turned to Tzohar eight months ago. “There should be more than one option, no one owns kashrut.” 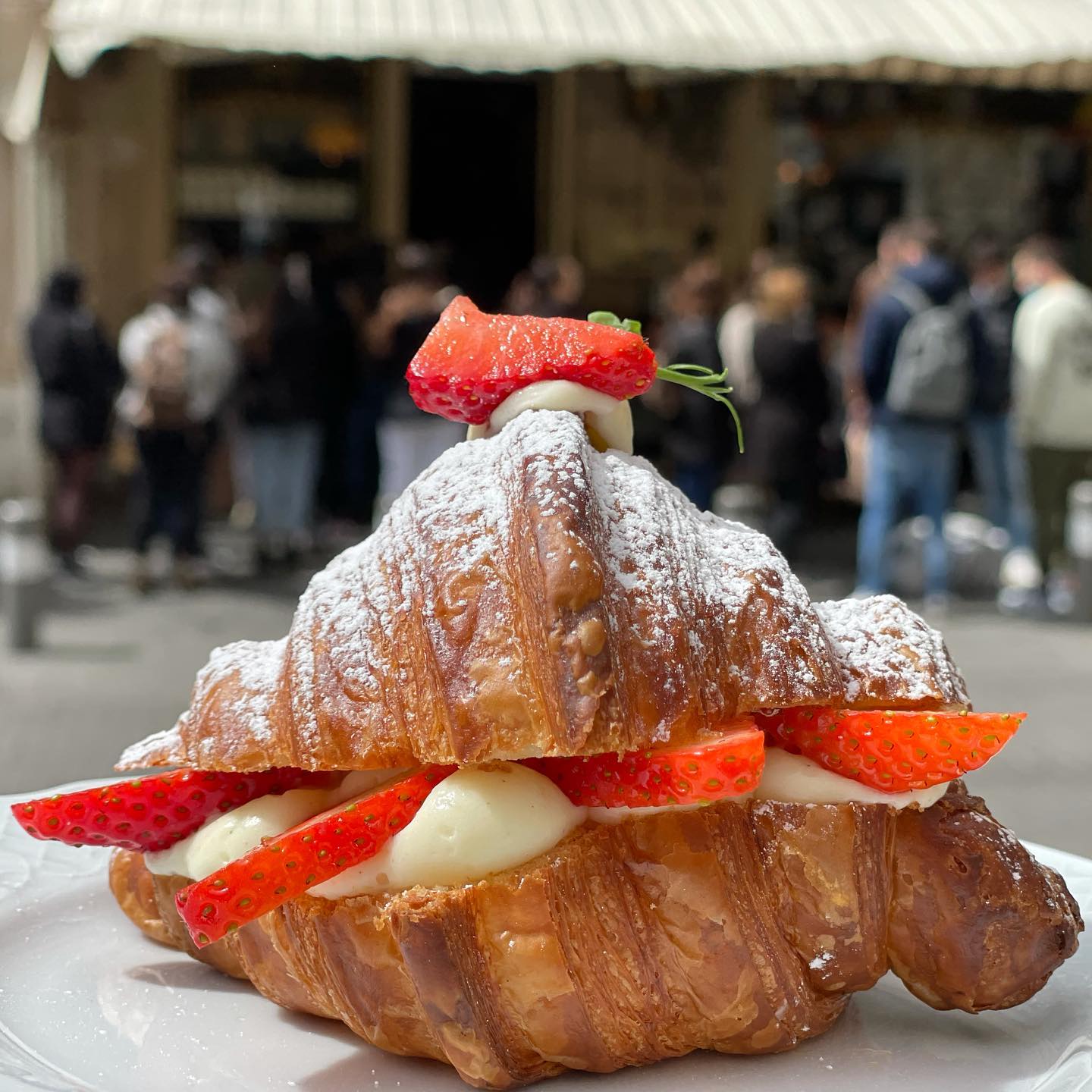 A strawberry-topped croissant from venerated bakery Kadosh, which defended their decision to switch kosher supervision to Tzohar from the chief rabbinate (Courtesy Kadosh)

Ditto for Lawson’s neighbor, the iconic Cafe Kadosh, which turned to Tzohar after one too many threats from their Jerusalem rabbinate kosher supervisor about how to shape and label their croissants.

“I’ve never been so kosher in my 56 years in Kadosh,” said Itzik Kadosh, whose father first opened the bakery.

Kadosh says his customer base has actually increased by 20 percent since he turned to Tzohar for kosher certification.

Tzohar, which offers an Orthodox alternative to Israel’s chief rabbinate in various areas of Jewish life, entered the kosher supervision arena because of the criticism from Israelis who wanted to keep kosher but didn’t want to abide by the sometimes overbearing rabbinate, said Rabbi David Stav, Tzohar’s chairman.

“That was the red light that hinted to us that something is wrong here,” said Stav. “We saw that the main issue is the rabbinate’s monopoly, and we needed to shake this up.” 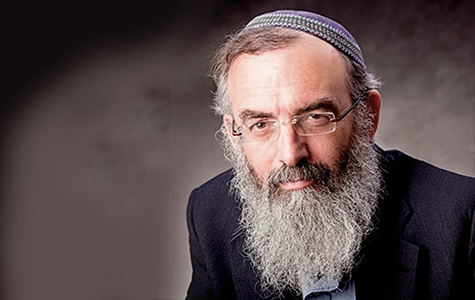 Now headed by Rabbi Oren Duvdevani, Tzohar is counting its successes, but a kosher certificate from Tzohar still can’t include the word ‘kosher,’  following a High Court ruling on the matter.

Tzohar can use the term ‘announcement,’ or ‘halachic,’ (which means according to Jewish law) in its certificates, but not the word ‘kosher.’ For the time being, that word belongs to the chief rabbinate alone.

“The main term a customer wants to see is ‘kosher,’” said Stav. “For many Israelis, if you don’t say the word ‘kosher,’ it’s not kosher.” That’s a sticking point for some restauranteurs and food establishment proprietors.

The organization will be able to use the word ‘kosher’ in their certificates in a year’s time, as part of the reforms.

Leon Avigad, whose Leopard Hospitality group owns and runs the Brown Hotel chain, with more than a dozen hotels in Israel, Greece and Europe, works with Tzohar on some of the hospitality group’s kosher restaurants, but not all, because some of their clientele feel more comfortable with the certification offered by the chief rabbinate, and Avigad isn’t sure that sentiment will ever change. 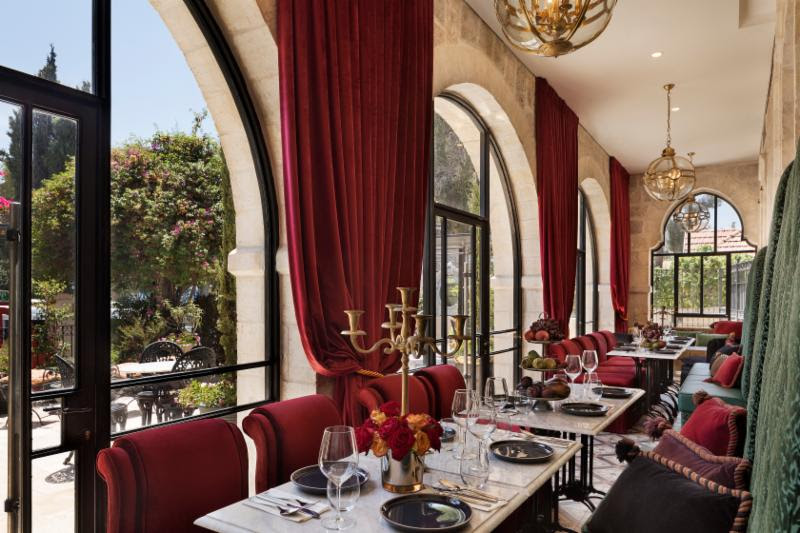 Breakfast and high tea are served in the front garden and front vestibule of the boutique Villa Brown hotel, where the kosher certification is supervised by Tzohar (Courtesy Villa Brown)

“Out of every large group I have, whether it’s a bar mitzvah or bloggers or Bank Leumi employees, there will be one Orthodox Jew who wants to see that rabbinate certificate,” said Avigad. “I love working with Tzohar, but it doesn’t work for everyone. Religion is religion and a rule is a rule, and a restriction is a restriction. There’s no place for commentary.”

Tzohar’s Rabbi Stav said he derives strength and courage from those who tell him to keep going.